skip to main | skip to sidebar

The United States Patent and Trademark Office (USPTO) has revoked a patent for the "Cycle of Fifths Steel Pan" after an inter partes request for re-examination filed by the Government of Trinidad and Tobago.
The request led to re-examination of the patent granted to Trevor King (Jamaica, NY):

as well as the patent granted to George Whitmyre et al:

The third patent of interest, granted to Wheeler Matthews, was US Patent 5 973 247, "Portable Steel Drums and Carrier." However, this patent had lapsed due to non-payment of fees.

In the "Cycle of Fifths Steel Pan" patent, the Government of Trinidad and Tobago challenged the claim for inventiveness pertaining to an arrangement of notes on the surface of the steelpan, the technical solution offered being that this made the playing of the steelpan easier. This claim was challenged for novelty and inventiveness - it was shown to be well-known and anticipated in the published local work of pannist, Anthony Williams (pictured at right).

The "Production of a Caribbean Steel Pan" patent, which claimed a hydroforming production method for a mass production of steelpans, was confirmed. Perhaps this second patent raises questions not of "industrial application" but of misappropriation of a traditional industry and knowledge. The steelpan itself emerged from the history and circumstances of slavery and linguistic and cultural displacement in the region. It was such an important means of communication and cohesion between slaves that it was prohibited by the colonisers in the late 19th century. The question of mass production appears to under-estimate the greater significance of the production itself. 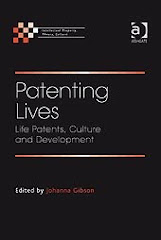 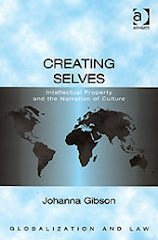 Intellectual Property and the Narration of Culture 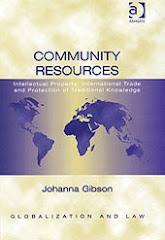